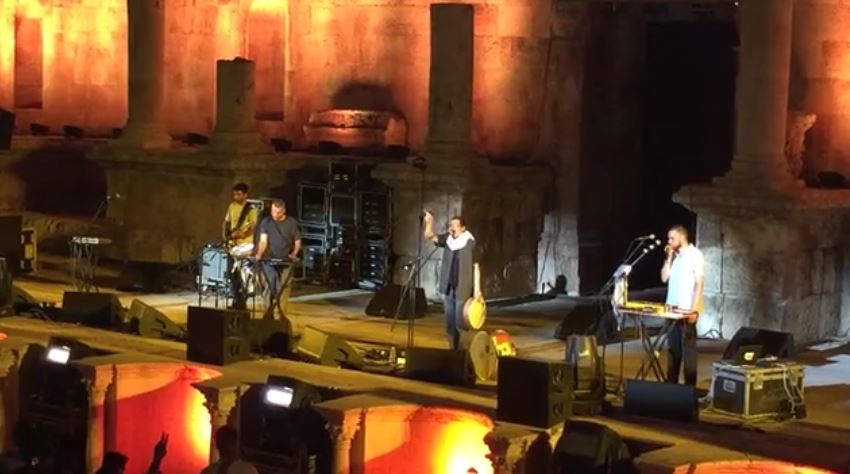 47SOUL is an Electro Arabic Dabke (Shamstep) band formed in Amman in 2013. Yesterday night they perfomed in the Roman theatre of the Jordanian capital in front of a dancing crowd. Before the start of the concert, the group asked the public a one minute’s silence for those who died in the last days of rising tension over Al-Aqsa mosque both in Palestine and Jordan.
One of the songs they played was ‘Jahrusalem’,here a short video of their performance:

“I will walk to Jerusalem, the path of those who return,
in a day when there is no discrimination based on race and religion.
God is witness to what we are saying, we will guard the gates until all the people in exile come back”