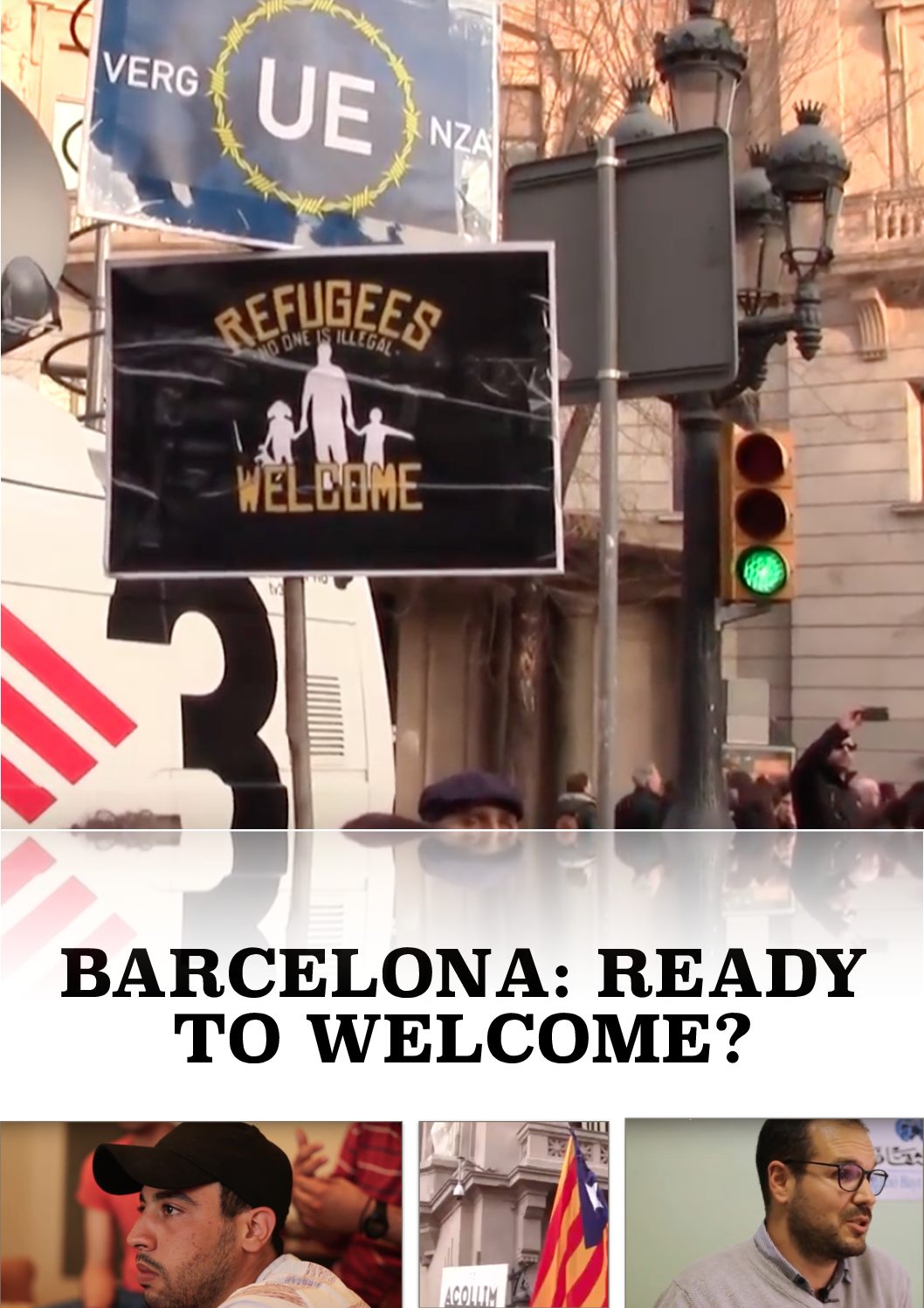 Barcelona: Ready to Welcome is a documentary I co-authored together with Ivana Ujčić, a Croatian journalist with extensive experience in TV and radio journalism, and Johannes Vanneste, an Arabic philologist and anthropologist who, in his spare time, loves to make videos.

The documentary was produced between April and August 2017, when the three of us were all living in Barcelona. In order to explore to what extent refugees felt welcomed in the Catalan capital, we talked to some grassroots organisations who were involved in campaigning for refugees’ rights and hosting asylum seekers. Furthermore, to provide the viewers with a more accurate and complete picture of the situation we included interviews with the representatives of the Catalan and Spanish political institutions.

In the light of the most recent events, as authors of this work, we felt the need to clarify our position, in order to minimize the possibility that the content will be manipulated, given the tense political climate.

The initial idea behind this documentary was the “Volem acollir” (We Want to Welcome) protest that took place in February in Barcelona when a young organization “Casa Nostra Casa Vostra” created a powerful campaign that resulted in a mass protest with over 160 000 people out on the streets demanding that their government open the borders and to accept more refugees. This event made headlines in the media all over Europe depicting Barcelona as a city whose arms were wide open for people coming to Europe in need of refuge. The February protest was largely supported by the local politicians and the presence of “Esteladas”, Catalan separatist flags, was massive. As journalists, reading news outside Catalonia, we felt that the specific political context that is present in Catalonia today was not clear enough and that there were a few questions that needed to be answered. Why was a rally calling for the ‘opening of the borders’, at the same time, asking for the establishment of new borders? Why was there a need to associate the issue of refuge with the local political tensions with Madrid? And finally, were independentists trying to instrumentally exploit the welcoming image of Barcelona for their political purposes?

Those questions were our starting point. They are provocative, abstract and, to a certain extent, theoretical. However, we think they should still be considered legitimate, also in the current heavy political climate. At the end of this 5-month journey, we do not believe that this documentary will fully provide you with the answers to these questions. This is because reconciling their terms is not easy and behind them lie an almost unspoken truth of our times: refugees, not as individuals but as a multitude, are, for many governments, a troubling figure, calling into question the very fundamentals of an entity, the nation-state, that in many political discourses is taken for granted without ever been fully questioned.

This documentary was originally published by: MeltingPot Europa.

Moreover, the documentary has been also published by the Croatian media outlet Lupiga.